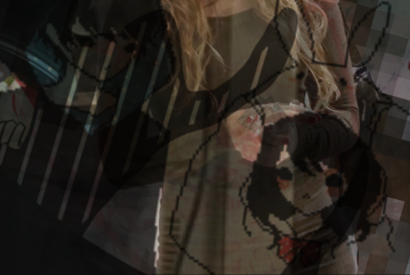 Following its recent London edition, NEXT 2016 the 17th annual Festival of Advanced Music brings a number of exiting music acts and audiovisual projects to Bratislava. Robert Henke, Chris Watson, Eddie Prévost, Amnesia Scanner, Thighpaulsandra and Damien Dubrovnik are just a few of the names taken from an ambitious line-up that audiences will be able to to experience from the 22nd to 26th November. Several venues in Slovakia’s capital will be filled with inspiring 21st Century music, ranging from free-form acoustic improvisation, electroacoustic and A/V performances, to radical noise.

German artist Robert Henke (a.k.a. Monolake), co-creator of the popular music software Ableton Live, will present his stunning audiovisual performance Lumière II. This project was premiered at Paris’ Centre Pompidou, and utilizes four powerful laser beamers in perfect sync with multi-channel audio.
Another important figure joining the line-up is the British sound artist Chris Watson, a founding member of Cabaret Voltaire. Watson is a living legend of the field recording genre, known for his fascinating recordings of various natural environments. His work has been largely released by the Touch label and commisioned by the BBC. He will perform his current project Okeanos, which is an 8-channel audio mix based on recordings of underwater sea sounds from several places around the globe, spanning from the North to the South Poles.
A new multimedia project Lexachast will attract music fans from across the borders of experimental and club electronica, created as a collaboration of the mysterious Berlin based futuristic duo Amnesia Scanner, and head of the PAN record label Bill Kouligas.
Thighpaulsandra, a former member of the cult British postindustrial band Coil will perform in Slovakia for the first time.
NEXT is gradually expanding to several spaces across the city. At the festival opening on the 22nd November, the French multi-instrumentalist Jean-Luc Guionnet will perform a special set on the historic church organ of the Small  Evangelical Church.

NEXT will also present several newly commissioned projects and international cooperations: we’ll see a premiere performance of the Lebanese-US free-rock trio Chris Corsano / Tony Elieh / Sharif Sehnaoui. Within the FRESH AIR NIGHT, an international cooperation project, two premieres of new works commissioned in co-production with the Norwegian, Bergen based experimental music festival Borealis will be presented: a quartet of drummers from four countries (Michaela Antalová, Chris Corsano, Anja Jacobsen, Øyvind Skarbø); and a new version of the multi-channel sound project Threnoscope by the Swedish composer and sound artist Thor Magnusson. Magnusson will be assisted by the vocalist Sofia Jernberg, trumpeter Robert Kolář, and guitarist Michal Matejka.
Aside from the aforementioned artists, the programme is packed with many other attractions for seekers of new sounds. Other artists confirmed include the Bratislava born and London based electronic duo Jamka, Danish synth-noise duo Damien Dubrovnik, and idiosyncratic Ukrainian-Russian sound and movement performance project That Black from DIY-synth builder Vlad Kreimer. Festival visitors can also look forward to a programme of artist talks and practical workshops. 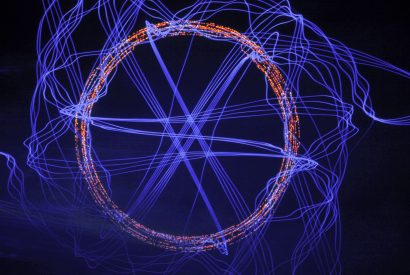 NEXT 2016: experience exciting music in Bratislava

Founded 2000 by the Atrakt Art label and association, NEXT Festival is the leading festival of exploratory music in Slovakia. From electronic experiments to free-form improvisation and audiovisual projects, it brings together musicians that are pushing the boundaries of music.

Visit the NEXT Festival 2016!
Discover Bratislava, the Capital of Slovakia uniquely situated on the border of three countries.

Book your accomodation in advance: Booking.com