Founded 2000 in Bratislava, the NEXT Festival of advanced music is an annual celebration of exploratory music and sound art: from electronic experimentation and free­form improvisation to audio­visual projects, it brings together artists who push the boundaries of music.
As a precursor to the 17th edition, the NEXT Festival is bringing to London’s Cafe OTO a group of artists who have performed at previous editions, and will also introduce some of their new international collaborations. 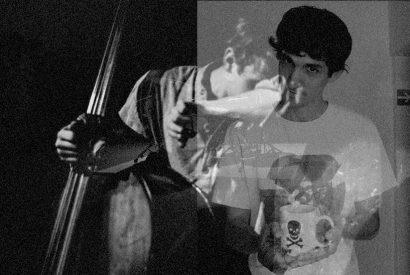 Paul Abbott is an artist and musician based in London, working through questions and feelings connecting music, language and politics: using drums, performance, writing, and publishing. He is currently one of the Sound and Music “Embedded” resident artists at Cafe OTO and a co-editor of Cesura//Acceso journal.

Miro Toth is a composer and saxophonist whose main focus is on contemporary, improvised, electroacoustic music and conceptual audiovisual work. He has written several compositions for solo instruments, chamber and ensemble pieces, and has scored music for film.
He is also a founder of Frutti di Mare, an improvisational orchestra, which is an ensemble of more than 60 people spread along 11 conceptually different projects. Miro is also a founder of improvised orchestra Musica Falsa et Ficta.

Tom Wheatley is a double bass and electric bass player based in, and native to, London. He plays to open the bass – sonically and physically, musically and surgically – as to open suppressed musics. He is actively involved in new music communities of London and elsewhere, playing with Seymour Wright, Hebronix, Eddie Prévost, John Edwards, CYNTHIA, Mark Sanders, Billy Steiger, Denis D’or, Ute Kanngiesser and many others.

“Were new phenomena to come into being in front of an audience, and were the audience open to them, a powerful confrontation would occur. Were this to occur, the scattered nature of social thinking would gather round certain bass notes; certain deep aims would be refelt, renewed, reasserted. In this way the divisions between positive and negative experience, between optimism and pessimism, would become meaningless” — Peter Brook, The Empty Space 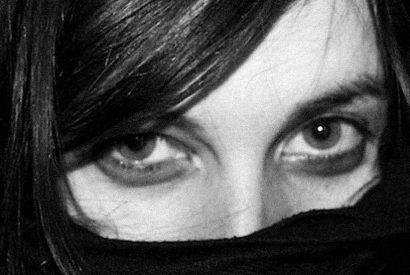 Palmovka is a project by Lucia Udvardyová who hails from the Slovakian-Hungarian borderlands. She makes improvised electronics using field recordings and custom-made hardware. Besides being a musician Lucia is also very active in promoting music. She co-founded the blog Easterndaze and the label Baba Vanga for mapping and releasing experimental music from Eastern and Central Europe. Her radio shows have been broadcast by Resonance FM and Czech Radio, and her writing has been published by Dazed, The Quietus, and Electronic Beats. She also works for SHAPE (Sound, Heterogeneous Art and Performance in Europe), a festival initiative that promotes innovative and aspiring musicians and interdisciplinary artists. 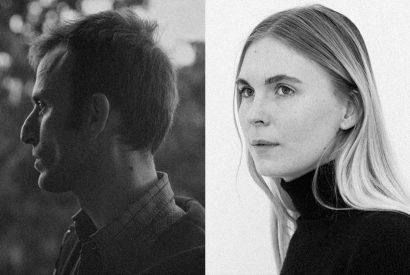 Puce Mary is the solo moniker of Copenhagen based sound artist Frederikke Hoffmeier. Since her first LP released in 2013, the project has then explored the fields of industrial noise and experimental music with a vast amount of releases on labels as Posh Isolation, iDEAL Recordings, Ascetic House and Freak Animal featuring collaborations with noise artists such as Loke Rahbek, Dan Johansson of Sewer Election and Rodger Stella of Macronympha.
Her current other projects are JH1.FS3 and Body Sculptures. The performances and releases portrays her work methods to be many and diverse from textured sound collages and noise, to straight forward industrial music. She has performed throughout Europe, Japan, Russia, Canada and America.

Valerio Tricoli is a composer and performer of electro-acoustic music. Since the mid ’00 is main instruments for live presentations is the Revox B77 reel-to-reel tape recorder, used as a completely analogue / ergonomic device for live sampling and real-time transformation / editing / mixing of pre-recorded (field or studio recordings).
His latest release “Miseri Lares” (PAN) has been described as a “album which reads like a story full of provocative signifiers which converge to create an allegory of unsettling beauty” (Mischa Mathys, The Formant).
Over the years Valerio has been active in some long-term collaboration with other musicians, composers, choreographers and multimedia artists. He has been working extensively with Thomas Ankersmit, Antoine Chessex, Werner Dafeldecker, Anthony Pateras, Robert Piotrowicz.
The NEXT Festival London will premiere a new collaboration between Valerio and Puce Mary. 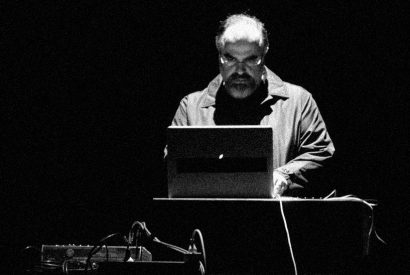 Stix is the nickname of Slovak visual artist Boris Vitázek who creates live visuals. Their first collaboration with Sote happened at the NEXT Festival 2015 in Bratislava.

Cafe OTO provides a home for creative new music that exists outside of the mainstream with an evening programme of adventurous live music seven nights a week. The concert programme at Cafe OTO is managed by OTOProjects – a not-for-profit Community Interest Company (CIC).We are also open as a cafe during the day with Persian inspired cooking everyday from Zardosht (including an extended weekend menu) and the best cakes in Dalston – all baked in-house.