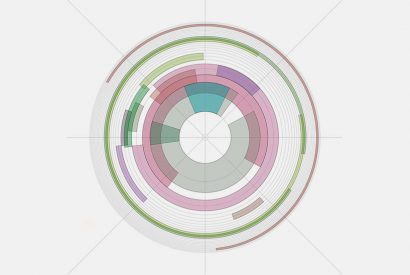 Fermata is a piece written for a microtonal drone instrument called Threnoscope and acoustic instruments. It is a framework for improvisation of microtonal music, where both the live coder and the instrumentalist contribute equally to the piece’s development. The Threnoscope is notated through live coding, with sounds being represented on a graphical score next to the coding terminal. Its visual appearance illustrates the harmonics of a fundamental tone, as well as speaker locations. Musical notes move around the spectral and physical space, long in duration, and sculptable by the performer.

Thor Magnusson is a worker in rhythm, frequencies and intensities. His research interests include musical improvisation, new technologies for musical expression, live coding, musical notation and digital scores, artificial intelligence and computational creativity, programming education, and the philosophy of technology.

Sofia Jernberg is a Swedish singer and composer, born in Ethiopia and active in a wide field of music. She co-leads and composes for modern jazz octet Paavo and contemporary quartet The New Songs. Sofia has performed Arnold Schönberg’s ”Pierrot Lunaire”, and will be singing Salvatore Sciarrinos “Lohengrin” in 2014. One of her deepest interests as a singer is to develop the “instrumental” possibilities of the voice. Sofia’s singing vocabulary includes sounds and techniques that often contradict a conventional singing style.